As of last year, Millennials are the largest population block in America. The Pew Research Center defines Millennials as those Americans born from 1981 to 1997. Instead of being giddy about this juggernaut of consumers, industry analysts seem impatient and disappointed. “In the case of real estate, the millennial buying frenzy was already supposed to have kicked off – but it’s now on hold for a variety of reasons,” said Jeff Desjardins of Visual Capitalist.

What does he mean by “supposed to have kicked off”? As reported by the NAR this year, Millennials comprise the largest share of home buyers – and have been for the past four years! So why the seemingly weary-from-waiting attitude from market analysts?

Because of analysts’ great expectations. Millennials outnumber the vaunted numbers of the Baby Boomers. Analysts were expecting a tsunami and are getting only a tidal change.

Put credit where credit is due. The Millennials have had to surmount more roadblocks to homeownership than any generation of Americans this side of World War II! The challenges include: 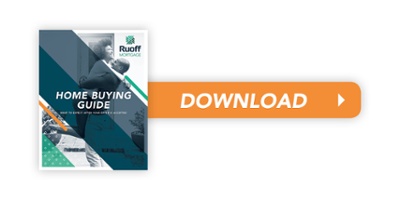 Despite this, experts still are predicting an incredible year of Millennial home buying in 2017. For starters, building permits for new construction have been topping a million per year since 2014 – the best numbers since 2007 and double the building permits of 2009! Also, Millennials are exploring alternatives, creating the so-called “Tiny House Movement.”

The fact that Millennials make up the greatest share of home buyers – for the fourth year in a row - says it all. Obviously, Millennials are surmounting their challenges! Where there’s a will, there’s a way!

Remember these wise words. “Just because you took longer doesn’t mean you failed.”

If you long to buy a home, but feel this list is too relatable, give us a call at Ruoff Home Mortgage and we will look at your current situation and help you find the best loan for your needs. After all, applying for a mortgage should be simple!